TORSION BOX: What Where Why..Video included!

Don't forget to check out Sriram Sir's video in this post!

A torsion box, in simple terms isn't really a box but a Strengthening structure that makes container ships more strong to avoid TORSION and RACKING effect of dynamic movement.

TORSION:
It is the phenomenon which twists an object when force is applied to both ends.
You can fold a newspaper and try twisting it, it will get bent like in picture.
Likewise, ship encounters torsion when dynamic capabilities of waves tend to bend it. 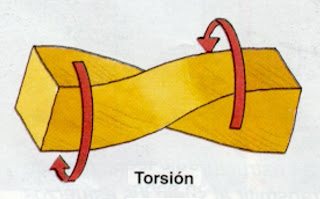 RACKING:
It is the phenomenon of lateral bending of a rigid structure like a picture frame due to shear stress on it.

TORSION BOX
They are formed between top part of longitudinal bulkhead, sheer strake and freeboard deck.
They are found on Container vessels because they have only 1-1.5 metre of margin on the sides and hatch openings. Also the  hatch openings are very large in order to accommodate most cargo containers. Thus leaving very vulnerable situation during rolling.

Torsion Box structure run from collision bulkhead to the aft peak bulkhead and are heavily stiffened by the bulb angles in order to make it worthy enough to perform its job.
See figure for an idea: 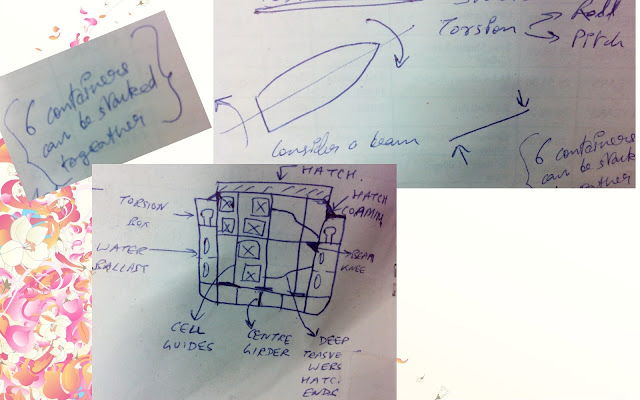 ALL STIFFENING MEMBERS ON CONTAINER VESSEL