How to Calculate SFOC???

Long Form of SFOC = Specific Fuel Oil Consumption
Specific fuel consumption, often shortened to SFC, is an engineering term that is used to describe the fuel efficiency of an engine design. It measures the amount of fuel needed to provide one horsepower (1hp) for a period of one hour. 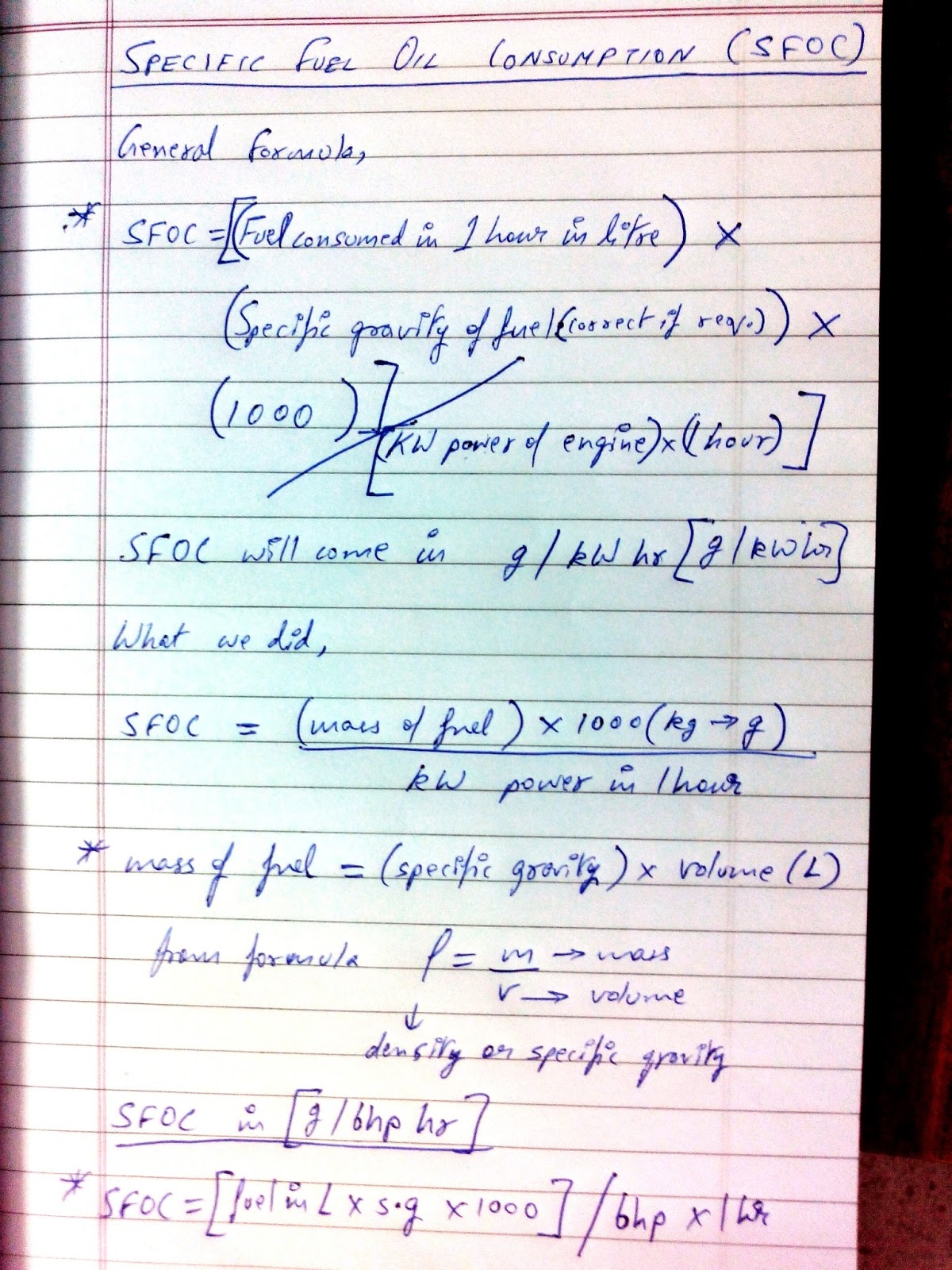 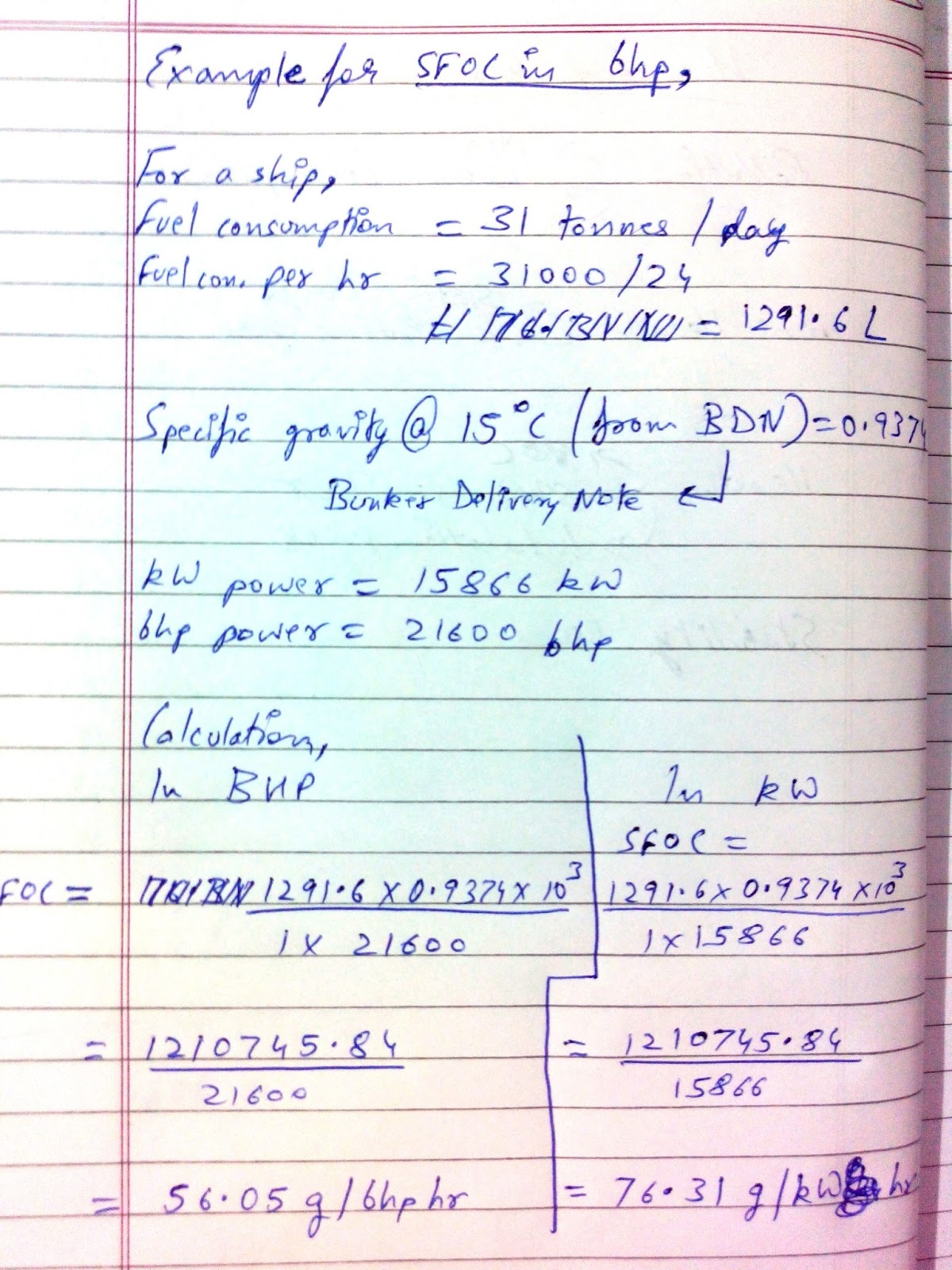 Similar to SFOC - BSFC (read the difference in red text)

To calculate BSFC, use the formula

is the engine speed in radians per second (rad/s)

is the engine torque in newton meters (N·m)
FOR ANY QUESTIONS OR DOUBTS, PLEASE WRITE IN COMMENTS SECTION!